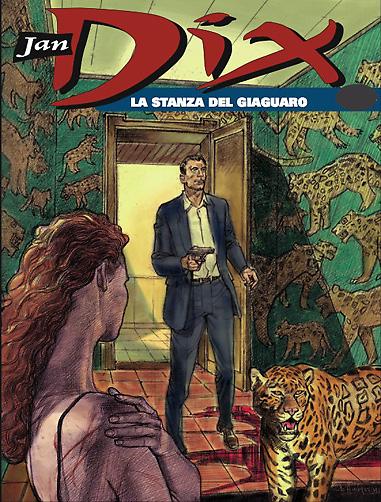 Introduction: A primordial myth and its terrifying beauty: the Jaguar god lives again in Amsterdam!

The charming Karin comes to stir the already rough waters in the relationship between Jan and Annika. The woman involves Dix in an intricate puzzle whose roots are in something that happened ten years before: an almost magical event. In the middle of the Amazonas, Karin's uncle was brought back to life by the dark force of the Jaguar God. After all those years, though, the disquieting deity is back to claim the life of the man he saved, and it's ready to spread death on Amsterdam's streets.