In Milan, viale Coni Zugna 6/8, you can find the Bonelli Store! 160 square meters, with 8 windows and an immense room entirely dedicated to our Heroes and our comics. And a space ready to host our cartoonists. 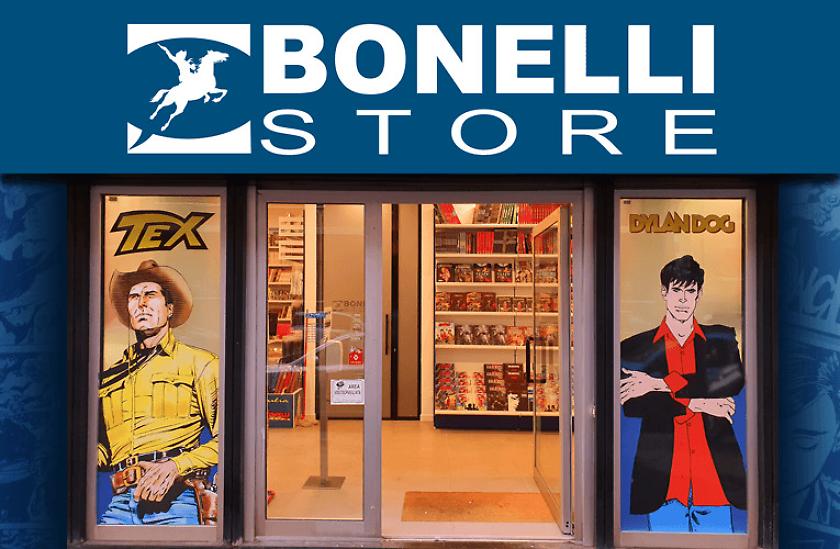 The heroes and comics of Sergio Bonelli Editore are waiting for you in our new physical shop, the Bonelli Store, in viale Coni Zugna 6/8 in Milan, not far from the Sant'Agostino subway stop.

After three years inside a big-box store in via Marghera, the new point of reference for all the Bonelli Comics fans is even bigger, with more than 160 square meters and eight big windows. Plenty of space for all are books and albums, and all our Heroes.

The new Bonelli Store gives the readers the chance to feel even closer to us and our heroes, thanks to the space ready to host our cartoonists when the times will allow us to schedule meetings.

And for all the comics fans, the Bonelli Store have another surprise: along with our Heroes you can also find a big selection of Panini Comics.

You can get to the Bonelli Store with these public transportations: