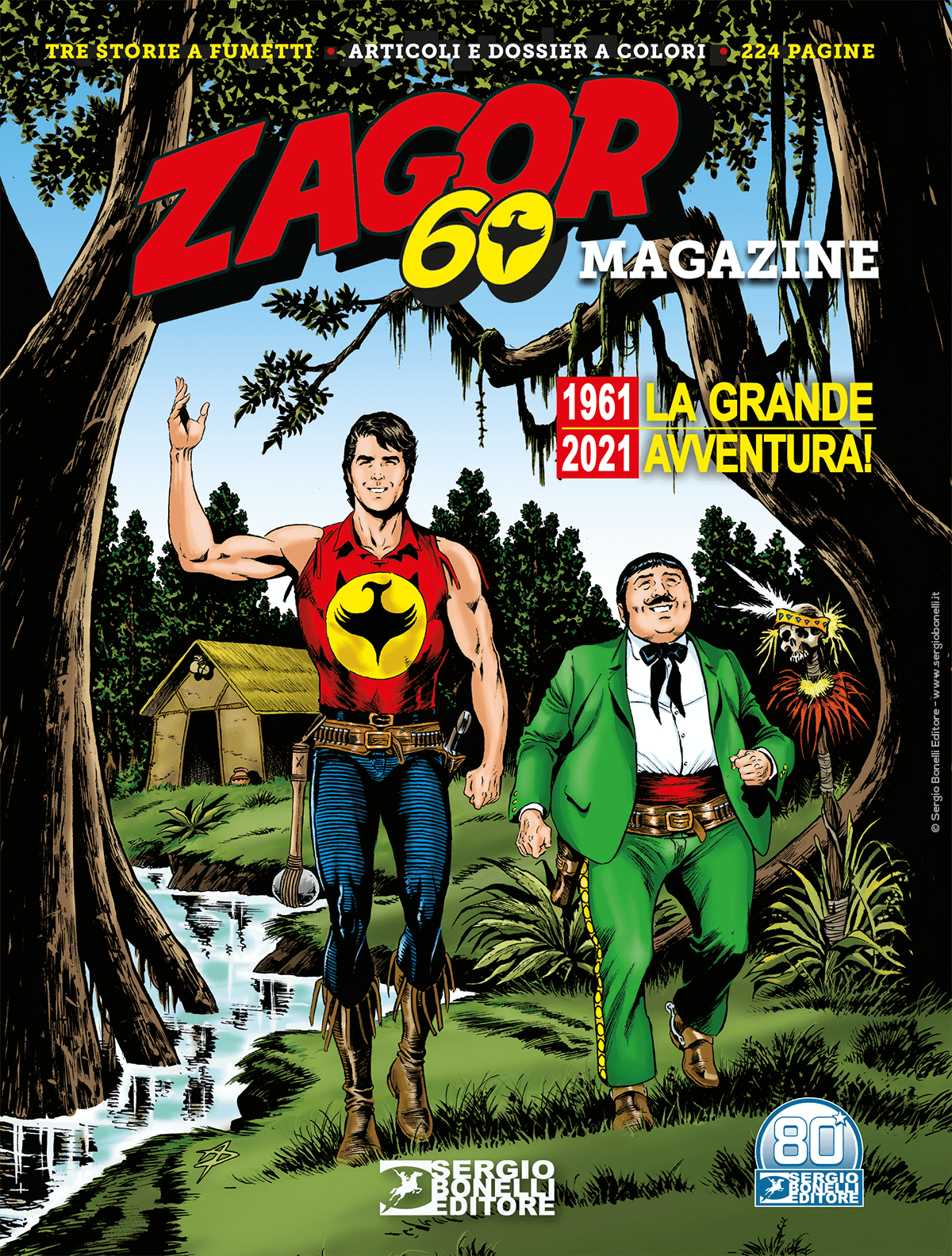 Introduction: 1961/2021: we celebrate the 60 years of the Spirit-with-the-Hatchet with a special edition of our Avventura Magazine entirely about Zagor!

In June 1961, an unusual hero created by Guido Nolitta (alias Sergio Bonelli) with art by Gallieno Ferri lands at the newsstands. His name is Zagor, and he’s an avenger in a red jacket. He’s the king of Darkwood, an immense forest where Adventure, Mystery, Horror, and Fantastic dwell. To celebrate Zagor’s 60th birthday, a Magazine revealing each and every secret of the Spirit-with-the-Hatchet, with two complete original stories and a great classic by Nolitta!

Why did Zagor choose that islet in the swamp to build his hut when Cico still wasn’t with him? Right after his first appearance before the chieftains, when he introduced himself as an avenger, showing his costume, Zagor had to solve the mystery of a water monster haunting the swamps of Mo-hi-la: the Parlangua!

When the Spirit-with-the-Hatchet appeared for the first time, in June 1961, in the strip-format album “La foresta degli agguati”, he still had not the same appearance he will take on later. His features are still not well defined, his jacket shows a roughly stylized eagle on it, and he wears a bracelet on his wrist. Why did the bracelet vanish in the next adventures? You’ll find the answer in this story, where also meet again Regan, the renegade: with Kanoxen, the Delaware sachem, the first of the enemies Zagor had to fight.