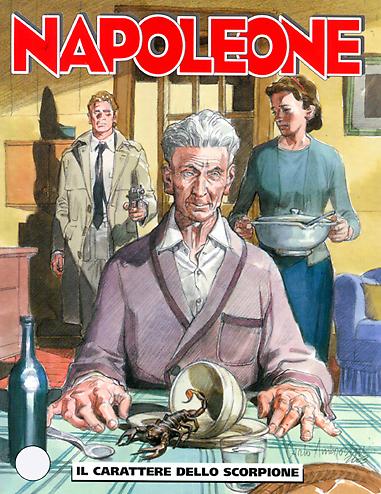 Introduction: The scorpion asks the frog to carry it over to the opposite bank, swearing it wont sting But can one come to an accommodation with Evil?

If old Bemèl could have his way, he wouldn’t have anything more to do with burglaries and breaking into safes, but it’s hard to say no when your nearest and dearest are so poverty-stricken they can’t keep the wolf from the door. And so he lets himself by overruled by the persuasive patter of Jobert Malaussene, who is the guardian of a safe deposit. This sets him on a path that leads to an encounter with the mobster Veneziano, called the Scorpion. Napoleone and Boulet are also carefully following the tracks of this dangerous gangster, the mastermind behind the murder of a police officer who was on his payroll…