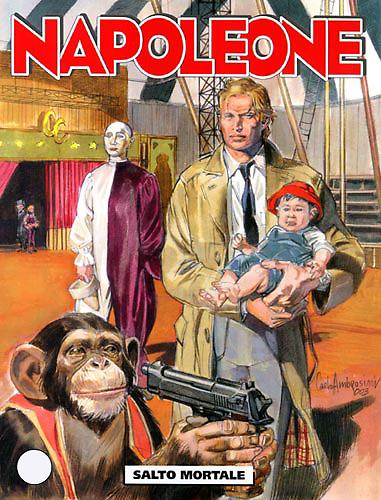 Introduction: Are we all part of the crowd of walking dead who delude themselves into thinking theyre alive, as Simon Sauvel argues? Perhaps, the only prospect left for us is to wait until the embrace of the Monkey  thats the appearance Zeus sometimes delights to take on when he shows himself to men  takes us away

He has a real strange name, Frescosole - a name as fresh as sunshine – and a costume to match. But his destiny is no laughing matter, quite the contrary. It’s up to you readers to decide whether the creature springing from the gloomy imagination of a misanthropic writer like Simon Sauvel, a creature born of the Gods and abandoned in the world of men, is worthy of pity or not. There’s no publisher willing to go to press with his stories, his author ignores him and the life he’s been given makes him unrecognizable even to the inhabitants of that Olympus he comes from. But there’s not just Frescosole in this sad fairy-tale. There’s a child all wrapped up in a web of cynicism and of loves blended with resentment, as well as a murdered police officer and a batch of jewels with a curse on them… And, of course, Napoleone, Boulet and the three little spirits, Lucrezia, Caliendo and Scintillone.