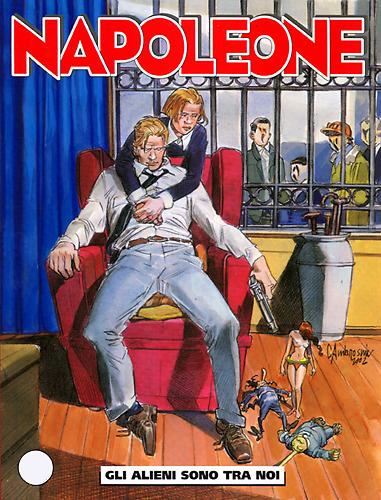 Introduction: Yummy delicacies with most surprising effects, riotous suicides, international plots For Napoleone, life is anything but repetitive!

It would be great to have some device that would reveal how many monsters there are among us, hiding behind utterly respectable appearances. Bodleaux Bryant, a former CIA agent who is currently staying at Hotel Astrid, actually has just such a gadget - a strange pair of glasses - but his case is different. He has to uncover the agents that the Organization has unleashed to track him down. Meanwhile, Napoleone, who is looking into a curious suicide, begins to feel a disturbing malaise of unknown origin, which gets more and more intense. His life is in danger and the icy shadow of death also steals over Allegra, who, quite by chance, discovers the identity of one you’d never have suspected of being a monster. And without the aid of Mr. Bryant’s providential lenses…