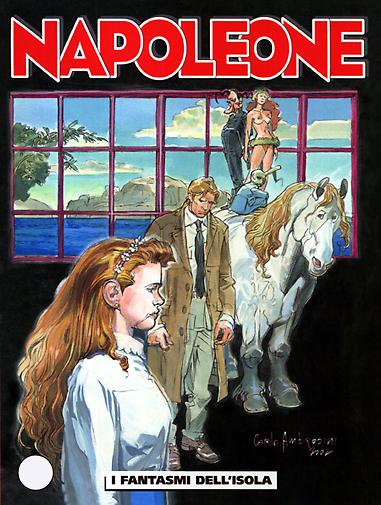 Introduction: Madeleines life is racked by ghosts from the past While the spectre of a little girl whos been dead for aeons begs Napoleone for help!

Selma, a little girl who suffered a most atrocious death long long ago, comes out of the painting that shows her portrait, and sets out on a series of wanderings around the island of Gastaad, where she lived, in search of a truth that time has virtually erased. And if one person has reappeared from the dead, another has vanished from the world of the living: beautiful Madeleine, little Selma’s cousin and a friend of Napoleone’s. The Detective-Entomologist sets out on her tracks, but to find out where she’s gone he will have to penetrate deep into the mystery of a ghastly family affair, getting to grips with the fantasmatic and troublesome presences that are running amok on the Island…