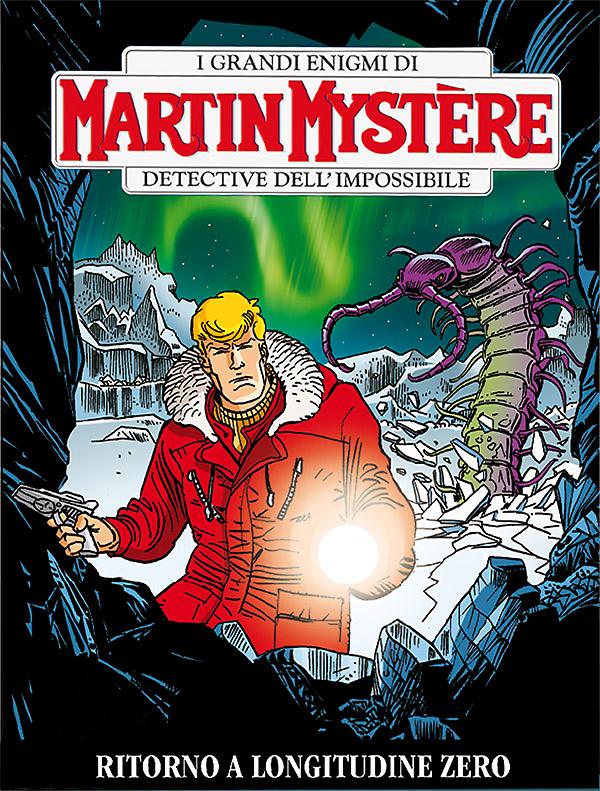 Introduction: A mysterious death on the ice takes the Detective of the Impossible back to Longitude Zero!

Martin Mystère refuses to go to the Antarctic with the strange Dr. Jonathan Ziegler; when the scientist reaches the South Pole on his own, he dies dramatically. The Detective of the Impossible is plagued by his guilty feelings for having declined to help Ziegler, and at the same time he’s worried because he literally feels “split in two”, just like he’s living another life along his own, a life where he took different decisions. To solve this disquieting riddle, Martin chooses to go to the place where Ziegler met his end, in a place he never saw before and at the same time feels he’d already visited: Longitude Zero!