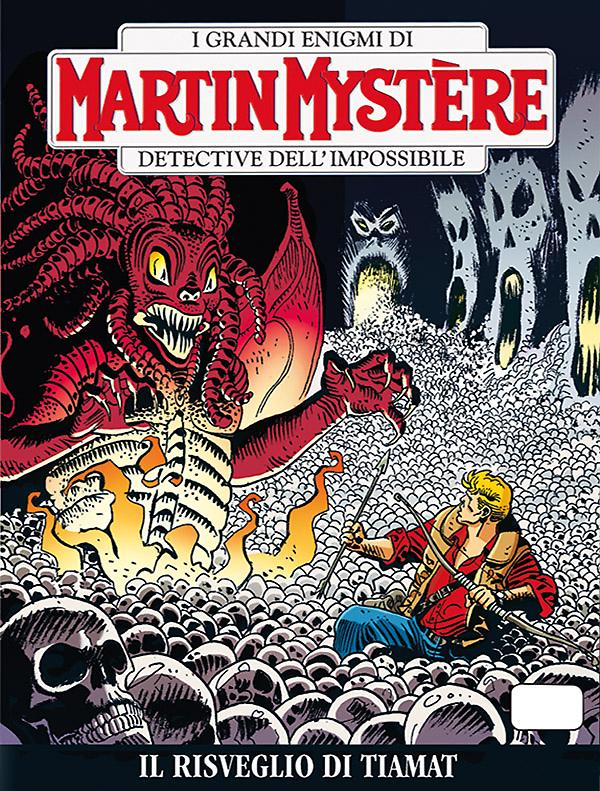 Introduction: From the depths of time, an ancient deity is about to resurface, and she's ready to unleash chaos!

South-eastern Iran. The Moon becomes as bright as the sun; Jiroft’s archaeological site is invaded by thousands of adders; other inexplicable phenomena shock the area. New York. After the announcement of her discovery of Aratta, the legendary Sumerian city-state, young archaeologist Margot Jordan-Shair is the victim of an attempted kidnapping; her mysterious attackers die, melting like wax statues. It’s the beginning of a journey that will take Martin Mystère to the land of the Sumer, where somebody is awakening from a millenary sleep, determined to seize back power and bring chaos to the Earth.