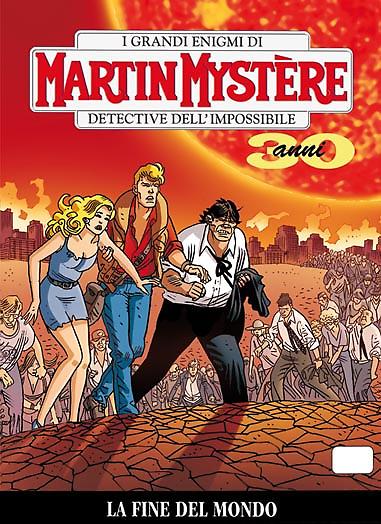 Introduction: A powerful sunstorm announces the end of the humankind is nigh!


Year 1859: the effects of a sunstorm are felt on the Earth. Northern Lights appear in different areas of the world; the telegraphs run amok and stop working. December 2012: on the surface of the Sun, a new storm begins, more powerful of the one before, threatening to cause a telecommunication breakdown on a global level, rendering useless cell phones, satellites, GPS, radars. It could be the end of the civilization as we know it, and a group of expert from different areas is put in a safe place in advance, just in case... One of them is Martin Mystère...