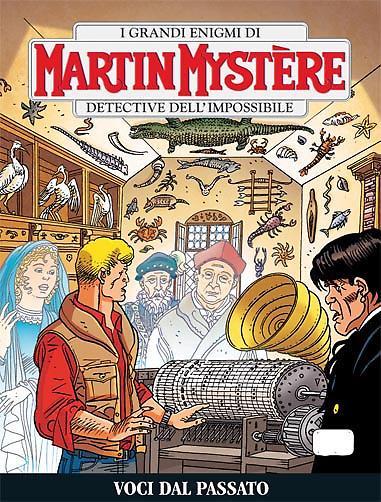 Introduction: A nostalgic journey back in time, for the Detective of the Impossible!

Martin Mystère get a really unexpected present, that brings him to take a journey back in time, along memory lane. It’s the beginning of a voyage that will put the Detective of the Impossible on the tracks of a secret known only to a few chosen people, that allowed them to save the historical heritage from the past millennia in an even more evocative way than with written texts and pictures. A long search, where Good Old Uncle Marty will cross paths with a many-sided genius from the 17th century: Athanasius Kircher.