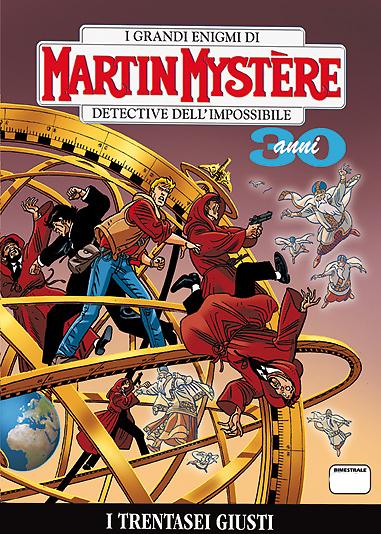 Introduction: The secret of an unbelievable enigma is hidden in the fabolous city of Agarthi!

New York. A wounded woman knocks at Martin Mystère’s door, asking for help. A little later, a gang of killers storms the house, forcing the Detective of the Impossible to run along with the mysterious woman. It’s the beginning of a tumultuous escape that takes them around the city, with the killers fast on their tracks. Who are those strange hunters, and what do they want from her? Is it just a coincidence that she came to 3,  Washington Mews? Martin is unwillingly involved in the realization of a plan whose preparation took centuries, an enigma enclosed in the word  "Tzadik". Who are the Thirty-six Righteous People? Maybe the answer can be found only in the fabulous city of Agarthi…