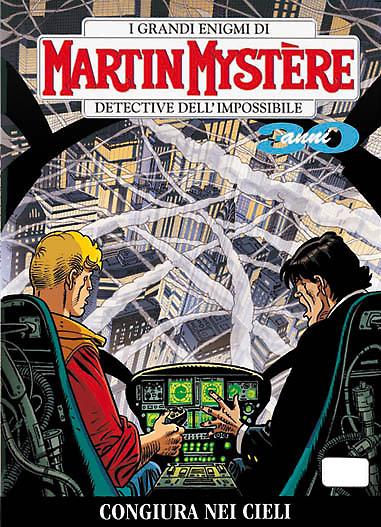 Introduction: A fanciful conspiracy theory could be dramatically real!

Martin Mystère is visited by a strange character who believe in the existence of a huge conspiracy, on a global scale, that has infiltrated every segment of our society. A diabolical scheme that is supposedly going on every day, in the utter indifference of the others – and its goal would be nothing less than poisoning the atmosphere! A really preposterous theory, and Martin cannot take it seriously; but when a man is brutally murdered, the Detective of the Impossible cannot avoid asking himself if in this thing there’s more than meets the eye. In between light and shadow, suspects and paranoia, Martin finds out he’s being watched by the Men in Black, since he could uncover a great swindle at the world population’s expense!