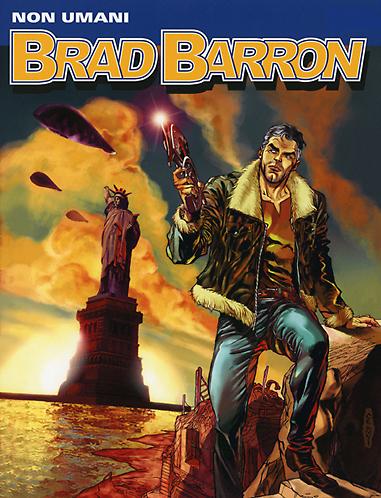 Introduction: The year of grace 1956. The Earth undergoes the invasion of the terrible Morbs: the only hope for the planet goes by the name of Brad Barron!

It’s just any old day, in 1956, just a real normal day. Then the everyday routine of the citizens of the Big Apple is shattered by an event destined to change the course of History for ever: the Morbs have decided to conquer the Earth. “The only chance of survival for terrestrials is total capitulation. The only alternative… death!”, comes the threatening announcement from Har-Kar, the High Commander of the fleet that’s landed in New York, who broadcasts his deadly message in a worldwide television news bulletin. But the alien invaders haven’t reckoned with the strength of mind that sustains Brad Barron, a man who’s ended up in their hands but who has absolutely no intention of surrendering!