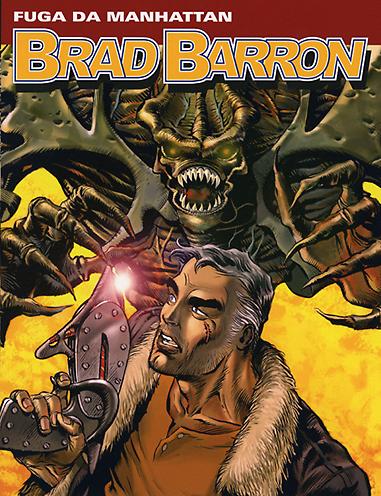 Introduction: Brad has to find some means of getting away from the Isle of Manhattan, which has been transformed by the Morbs into a hostile alien territory.

Brad Barron has escaped from the Morbs’ mother-spaceship, only to find that he’s ended up in an even bigger and possibly even more dangerous prison. It’s the Isle of Manhattan, which has been isolated from the rest of the world and is now populated by monstrous alien creatures. The few humans who have survived the destruction wrought by the invaders are now terrified and traumatized by the force of the attack, and have sought refuge in nooks and crannies beneath the debris. They have given up the struggle, but this is something Brad himself just can’t do. He still has his rage that instills strength in him, and a hope he clings to with fierce determination: the hope of locating his lost family. And so he will have to attempt yet another impossible getaway. Getting away from Manhattan.