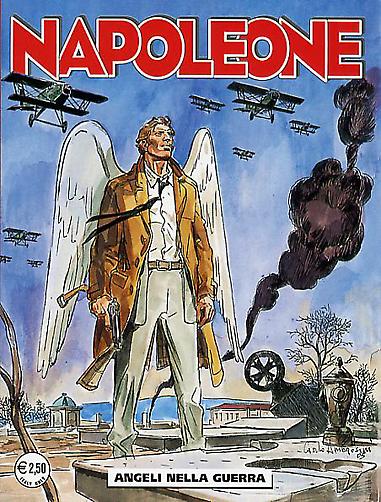 Introduction: A journey into the past for Napoleone, slipping back in time all the way to 1916, in the very middle of the First World War!

1916, France, the banks of the river Somme. For months a fierce battle has been raging between the Anglo-French army and the German forces. The death toll runs into the thousands, the trenches are awash with mud and running with the blood of the victims. This hellish view is observed from above by an ace pilot of the French air force: Napoleone! But what is the detective-entomologist doing on the scene of one of the most gory battles of the first World war? He’s been placed there by the imagination of a young woman, a friend of his: he is a well-known face stuck onto the body of the hero in a book that tells a romantic tale, set in the dramatic scenario of the bloody war. A book whose content is not the outcome of imagination and which holds a secret that someone is trying to eliminate for ever…