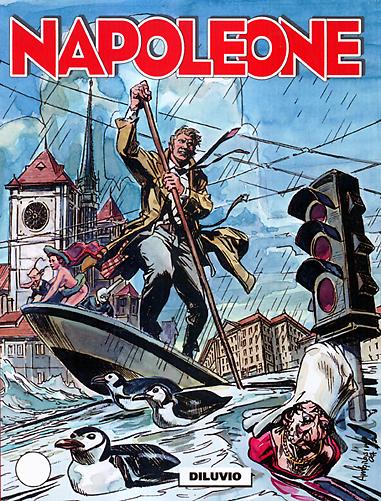 Introduction: An unusually heavy spell of rain, a city plunged into turmoil by the enormous mass of water and Napoleone grappling with a strange kidnapping

Havoc is being wreaked on the city of Geneva by unnatural and unceasing rain. This almost apocalyptic scenario, with the roads badly flooded and virtually transformed into waterways, is the background against which the destinies of all sorts of weird chaacters meet and get intertwined. An eccentric and slightly nutty ballerina, who Napoleone gets quite infatuated with, is being persecuted by her husband – himself a bit of an oddity - and she’s devastated by the disappearance of her young son. And as if the scenario weren’t already complicated enough, when the detective-entomologist sets out on the tracks of the kidnapped boy he also comes across an attempted robbery perpetrated by shifty characters. Amid this tangled web of events and human adventures, what role will be played by Lucrezia, who has mysteriously fallen into a sort of comatose state?