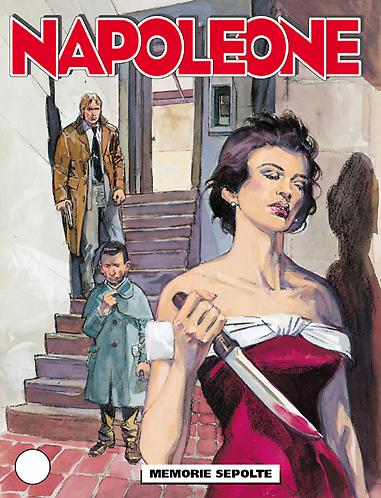 Introduction: Olivier possesses something that is coveted by many, but he is totally unaware of this, lost as he is amid the shadows of a dark and ineffaceable past!

He had an unhappy childhood, did poor Olivier. And as regards all the rest, now you tell me if thirty years’ detention in psychiatric institutions strikes you as an improvement! But at last, thanks to a lady who’s friends with Mrs Simenon, it appears that Olivier can do some small jobs at the Astrid Hotel. This would do him a whole lot of good, not only because it would enable him to earn a few francs –keeping him occupied at the same time, too – but also because, with Napoleone by his side, he might just be able to save his skin from the spy wars that Chance, and a guy under pursuit by a woman who’s actually a killer and also by the Secret Services, have had fun getting him embroiled in…