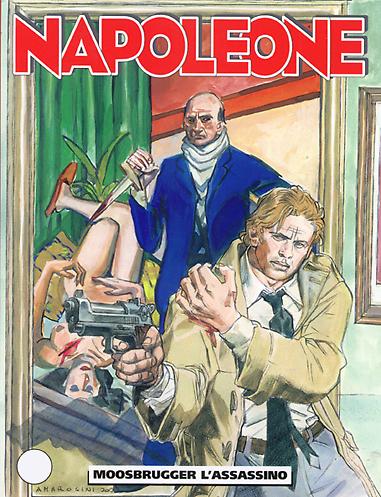 Introduction: Evil comes back sometimes under the semblance of folly, at other times cloaked in necessity, and on yet other occasions in the guise of goodwill. But it comes back It always comes back!

Having arrived in Vienna for an art exhibition, Napoleone takes a room in a period hotel, a restored building which, years before, used to house the lawcourts. There, in the early 1900s, a psychopathic murderer named Moosbrugger had been placed on trial and sentenced to death by hanging. And who else could it be than this unsavory individual that returns to haunt the ancient building and give Napoleone sleepless nights, ensnaring him in the ghost’s own folly and forcing him to share the spectral torments? The only help for our Hero would seem to come from Geneva psychologist Katia Besson, a figure we met in the past, who now once more puts in an appearance. Will she too end up enriching the already vast array of victims laid out by Moosbrugger the Bloodthirsty?