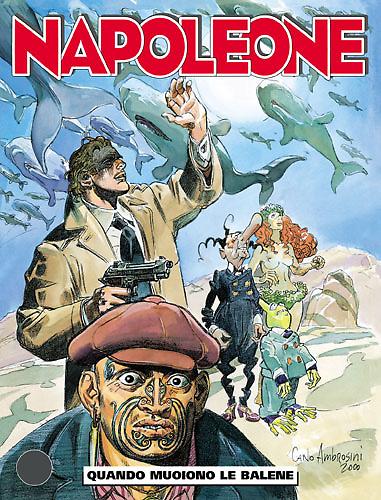 Tarao has quit New Zealand, leaving behind him a life in pieces and a shoal of whales who struggle onto the beaches and let themselves die. He must deal with a demon inside him, alcoholism, and contend with a capricious sea deity, Tangaroa, whose statue has ended up in the storefront of an antiquarian in Geneva, a man who happens to be a friend of Napoleone’s. In order to recover the precious sculpture the Maori travels to cold Geneva, where he makes friends with the entomologist detective . Together they confront the beautiful and damned couple, Camille and Valdo, as well as the sinister Van Cleef, in an adventure shrouded in a fog of a thousand mysteries, where everything and everybody constantly seem to be on the point of disappearing, including Lucrezia, Caliendo and Scintillone...