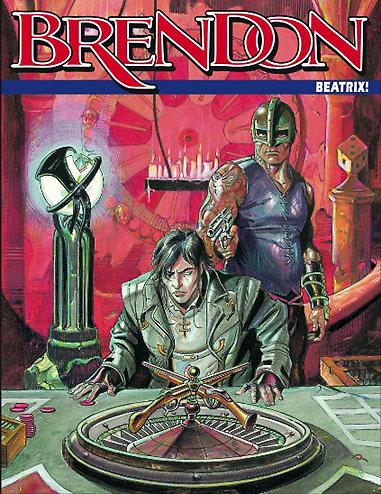 Introduction: Don't go in the "game" house, Brendon! Bookie Odyl can't lose and his reward will be your soul!

In the "game" house, Odyl the Bookie accepts every kind of bets. That's the way he baits his clients, leading them on with their first wins and then trapping them until they're forced to pawn their most valuable possessions. Quentin believes he's an ace Freejack player: when he thinks to have a winning hand, bets everything he has, his beautiful girlfriend Beatrix included. When he realizes he has lost, it's too late– the girl is already in Odyl's hands. But Beatrix decided it's time for the empire Odyl built upon Arkhem people's misery to crumble. To pursue her goal she won't be stopped by anything!