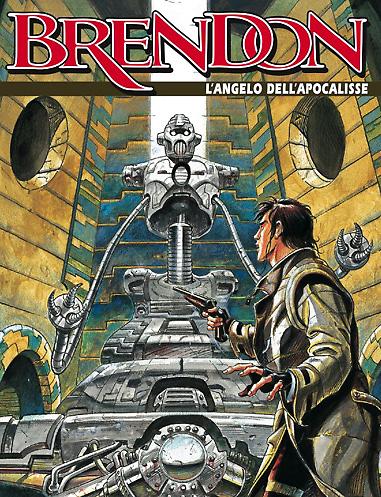 Introduction: What's the connection between the most dangerous military engine of the Old Age and a shy girl who suddenly turned into a killer?

On the road to Damtown, Brendon stumbles upon a former high-technology industrial plant. In the entrails of the old factory stands a robot, apparently belonging to the Old Age. Brendon finds blood traces on the military machine's chain tracks, along with other clues that make him think somebody could have chosen the robot as their personal deity, offering it bloody sacrifices! But what's the thin thread that can connect that old war surplus from another time with the sudden homicidal rage of young Cassandra, a gentle girl who usually sells colourful torches and who's now spreading death in the city's streets covered in snow?