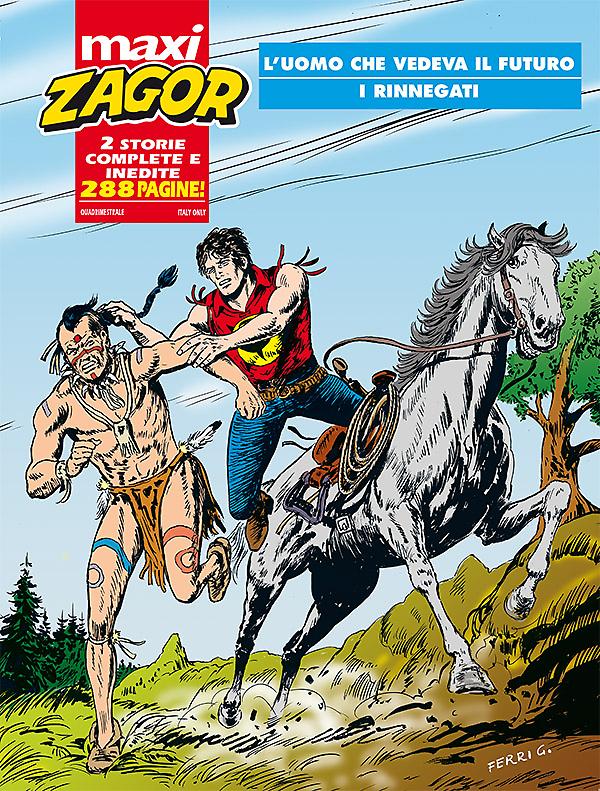 Akebe, the young Shawnee medicine man, is able to foretell future events. When a belligerent warrior called Wakuta and his allies hatch up a plot to drag the Shawnee into a war against the White men, Akebe sees in a vision how that event will bring destruction to the entire Darkwood. Although he escaped death only through Zagor's intervention, the shaman will be urged by a new dramatic vision to fear that the Spirit-with-the-Hatchet is involved in the conspiration. From now on, Akebe will only trust the woman he loves: Sooleawa.

Someone is scheming in the dark to drag the United Kingdom and the USA into a new war, that would crumble the already fragile political stability of the Old World. The Northern forests, where the plot is ready to begin, are now a meeting point for spies and secret agents, while a group of unscrupulous mercenaries is ready to deal the first deadly blow that will take the two countries on the verge of war. Only Zagor, with a handful of valiant Huron and a former soldier with a tormented past, can expose the diabolical conspiracy and prevent a disaster.