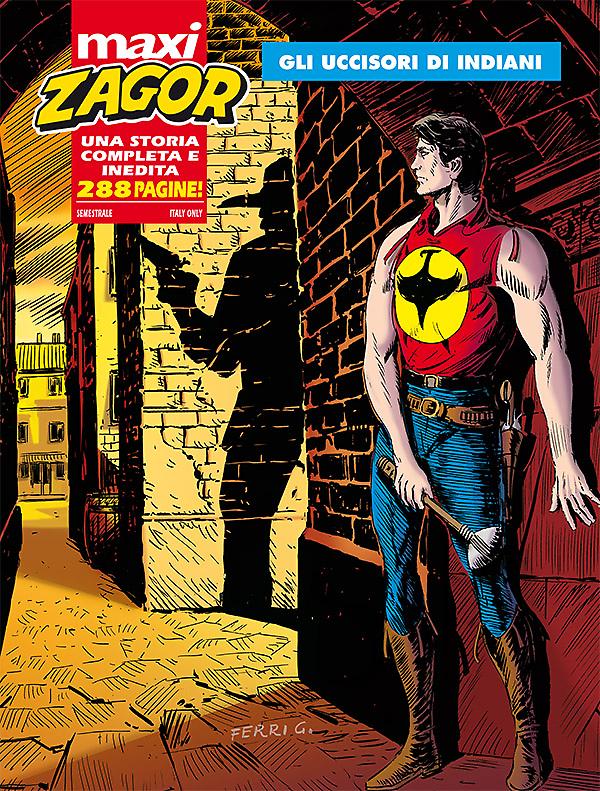 Introduction: Zagor fights next to Satko: together, they will try to protect a dangerous secret!

Most Cherokees left Georgia, forced to take the “Trail of Tears” in their exile to the lands beyond the Mississippi River. But some small groups escaped and went into hiding on the Appalachian Mountains. One of them conceals a secret: something connected to the events of many years ago, when his people was allied with the British in the war against Spain, that had been fought on American land. And the secret is coveted by the men of the Georgian National Guard, who have been the Cherokees’ sworn enemies forever. Zagor, with Cico and a journalist, Craig Turner, goes there to help hi friend Satko, first in the streets of Richmond, and then on the arduous mountain trails of the region...