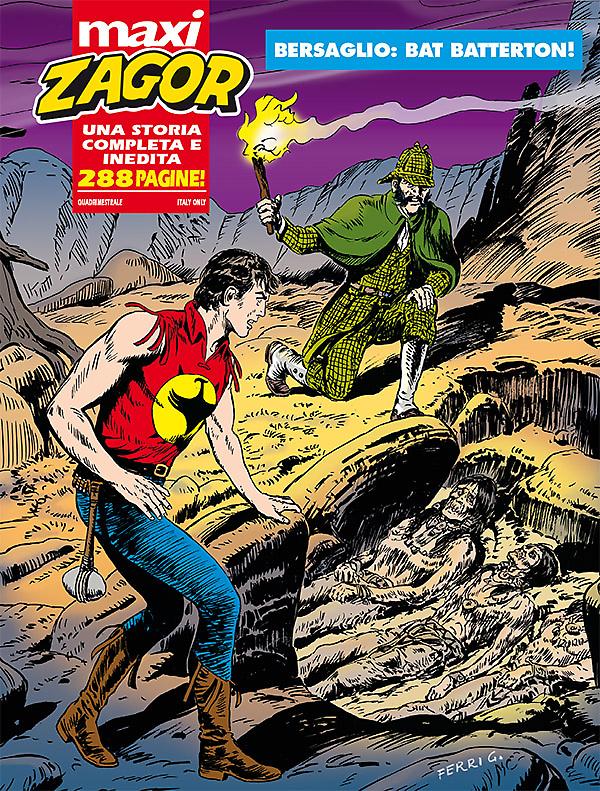 Rainbow Valley is the theater of the clash between two rival clans: the farming Mc Callacks, and the Mac Horn, a family of cattle breeders. The two groups vie for land, and fights are happening on a daily basis. A journalist who was sent to report about the situation, Bill Williamson, disappeared in mysterious circumstances, and Bat Batterton is hired by his family to go and investigate on the spot. After he arrives there, someone tries repeatedly to kill him, so Bat asks Zagor & Cico for help. The Spirit-with-the-Hatchet is forced to move in a bed of thorns, when the confrontation between farmers and cattle breeders reaches a white-heat level and their vendetta becomes even bloodier...