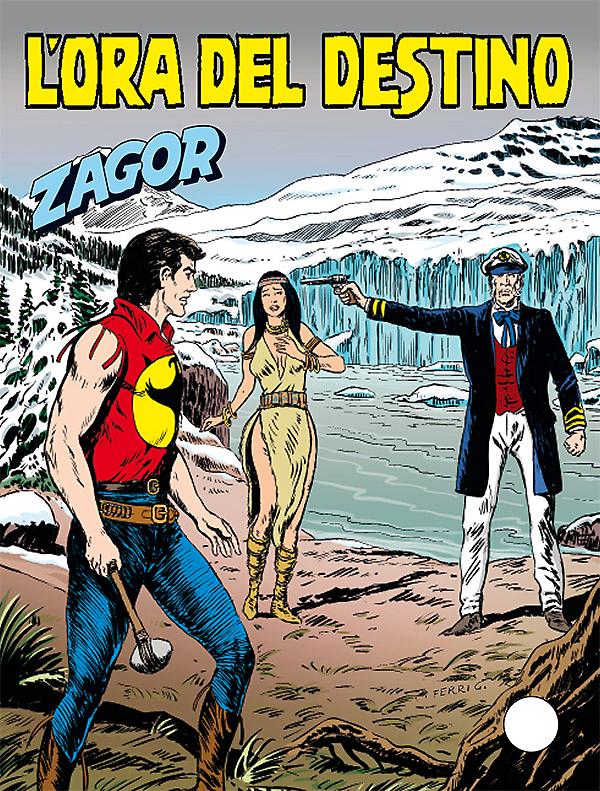 Introduction: Zagor will have to pry a kidnapped girl from Herzog's clutches, if he wants to save Cico's life!

Amakaik, the beautiful daughter of the Tehuelches chief, Mafulco, was kidnapped by the shady Captain Herzog, to guide him and his men to the shores of a lake in the interior of Patagonia; there, an hermit called Destiny is atoning for his sins, hiding a secret and probably safeguarding a booty of emeralds. Zagor has to free the girl and bring her back to her father before Mafulco kills, in retaliation, Cico and some sailors from "Marilena" he took as hostages. The Spirit-with-the-Hatchet is force to race against the clock, and the end of his adventure will be decided only at the last second...