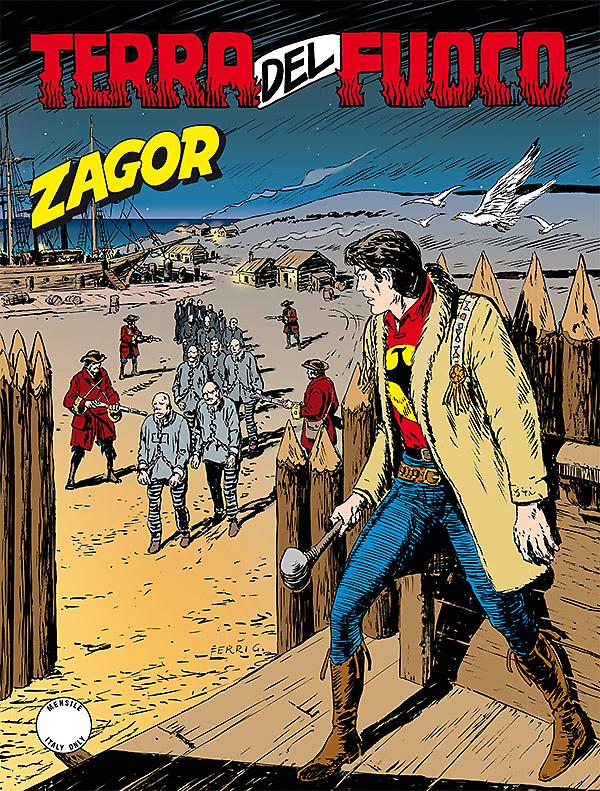 Introduction: Zagor almost caught the escapee, Dexter Green, but fate has a hand in it once again...

Going on in their long journey, Zagor and Cico arrive in Punta Arenas, the last harbor in South America, on the Strait of Magellan. Here the Spirit-with-the-Hatchet manages to cross paths for a few minutes with the traitor, Dexter Green, the archaeologist whose tracks Zagor followed to the most southern edge of the world. When his hunt is apparently coming to an end, something unexpected divides the two enemies once again: from the jail under construction near the town, a group of dangerous criminals escapes and seizes the "Marilena", the ship that took the King of Darkwood to that place...