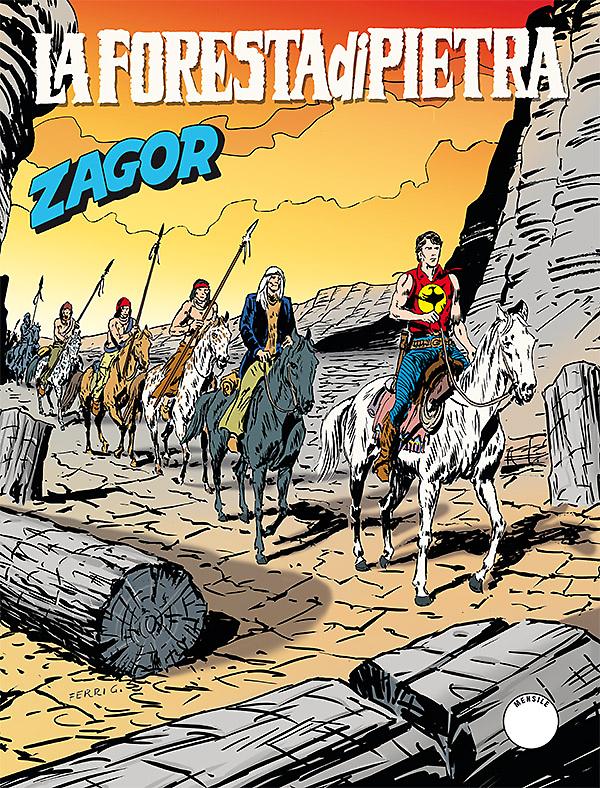 Introduction: A tragic manhunt could unleash a bloody clash with the Patagonian natives!

Captain Herzog’s mysterious secret sparks off an unexpected string of disasters! An old adversary of his, Sloane, seems to be back to cross the Captain’s path: the commander of the “Marilena”, who hates him with all his might, is ready to try anything, even the craziest things, to catch his enemy and seize the emerald lode connected to their old  adventure... Herzog’s fury, though, involves the crew of his ship as well, engendering a tragic manhunt and a clash with the Patagonian natives. To save Cico and the sailors held as hostages by the Tehuelches, Zagor leads an expedition towards the wild interior of Patagonia, and finds himself involved in a dramatic battle!