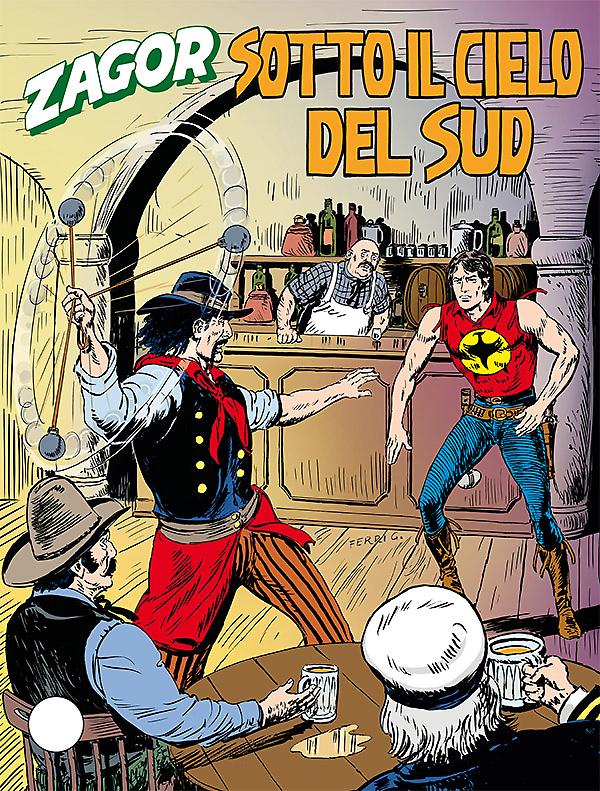 Introduction: Besieged by fray Tomas' fanatics or at the mercy of waves: there's no rest for Zagor!

In the city of Concepcion, ravaged by an earthquake, the fanatical followers of fray Tomas seem to prevail over the strenuous opposition of Zagor and the small group of people barricaded with him, inside a room of a crumbling building. Among them, the Governor and the English naturalist, Charles Darwin. Cico and the actors of the Deplano y Matamoros company are not having a ball, either, after being taken hostage by a revengeful bandit. And when the Spirit-with-the-Hatchet and his truste Mexican friend resume their march towards the southernest point of Latin America, to try and stop Dexter Green, they’re unceasingly threatened by dangerous events— after boarding the merchant ship "Marilena", they immediately fall prey of a storm...