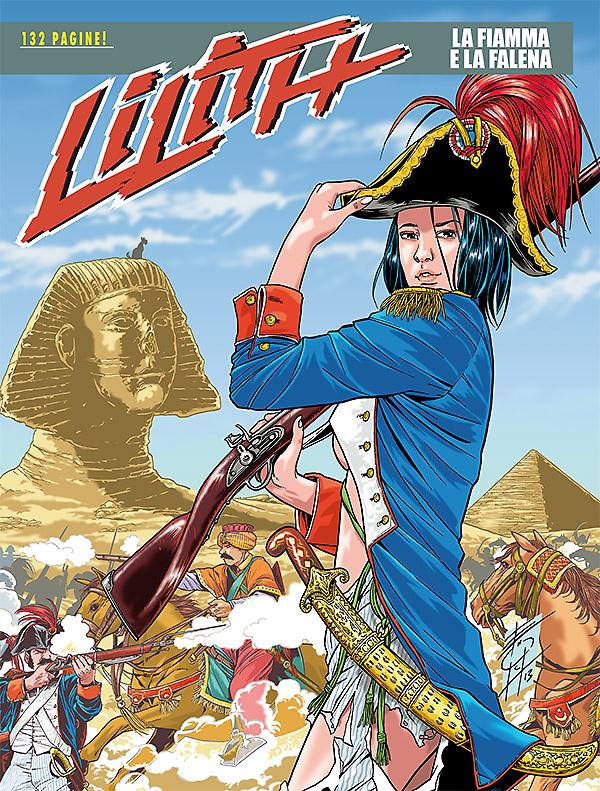 Introduction: Sent in Egypt in 1798, Lilith finds herself in the middle of the clash between French troops and Turkish Mamluks!

1798. The Orient Army, led by General Napoleon Bonaparte, disembarks in Alexandria. It’s the beginning of the campaign in Egypt that will end three years later with the defeat of the French. Along with his troops, Napoleon took also a conspicuous delegation of over 150 scholars, the “savants”, formed by members of the Sciences and Arts Commission, chemists and naturalist, botanists and zoologists; a true scientific expedition, alongside the military, that had the finding of the Rosetta Stone as one of his greatest results. Lilith finds herself in the middle of the clash between the French troops and the Turkish Mamluks who are unceasingly battling on the Nile, and then in the interior, up to the grand ruins of Luxor, Karnak and Thebes, replicated in the wonderful illustrations by the "savants", such as Dominique Vivant, Baron Denon. In the company of this learned artist and egyoptologist, Lilith will try to find the bearer of the triacanth...