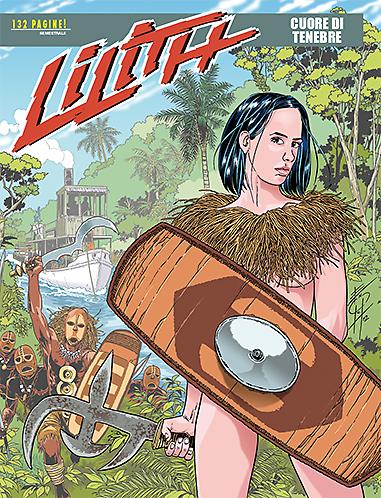 Introduction: In the XIX century, in the heart of Equatorial Africa, amongst slave drivers and rebels!

Belgian Congo, second half of the XIX century. Lilith will have to face the dangers of the equatorial jungle, in the huge basin of the Congo River, at the beginning of the brutal exploitation of the area, while the Natives are reduced into slavery. It’s also the era of the great Western explorers, who for the first time chart Equatorial Africa; Lilith will cross paths with the famous Henry Morton Stanley, during his ill-fated relief expedition to help Emin Pascià, the governor of Equatoria who’s threatened by the Madhi uprising. During her search, Lilith will be helped by the young Polish captain, Konrad Korzeniowski, later to be known also as Joseph Conrad, who commands the steamboat “Roi des belges”. They will go together into the “heart of darkness” of the great river, "traveling back to the earliest beginnings of the world, when vegetation rioted on the earth and the big trees were kings.".