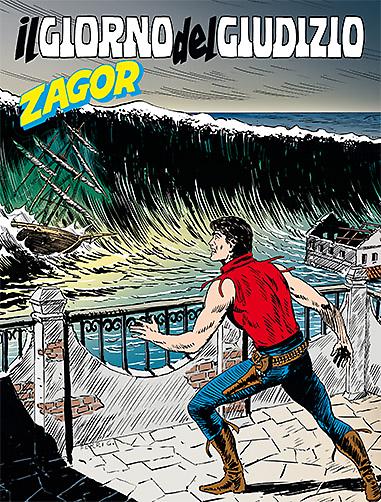 Introduction: A dreadful calamity and an historical encounter for the Spirit-with-the-Hatchet!

An unprecedented earthquake shakes the Chilean city of Concepcion until its foundations. After a while, the sea retreats and forms a huge wave that crushes on the ruins, sweeping the streets and killing many of those who survived. Miraculously escaped, Zagor and Cico try to help the local people. But after a few hours, a ship flying British colors drops anchor in the wreck-ridden port: it’s the HMS Beagle, a brig-sloop with an English naturalist, Charles Darwin, on board. The scientist wants to gather news and testimonies about the cataclysm and meets the Governor, who’s surveying the area to evaluate the proportions of the disaster. They are both targeted by fray Tomas’s fanatics and the Spirit-with-the-Hatchet is force to take action in order to save their lives. This way, though, Zagor becomes the one in danger...