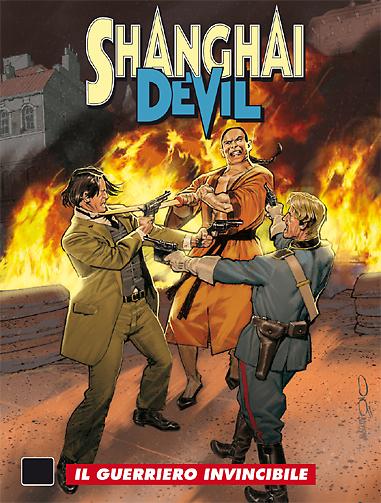 Introduction: Where we learn how Ugo lives war on all fronts, unable to understand which one is his anymore...

In Beijing, the Japanese and German ambassadors are killed in two bloody attempts. The situation is worsening and the allied troops are trying to reach the capital city; but they’re advancing slowly, hindered by many obstacles. After going back to Tientsin in the hope of finding Lady Jane Stanton, Ugo learns that the British spy went to the Chinese capital a long time ago. The mysteries about the killer commando, that Ugo is trying to track down, thicken. It seems that even an Italian is involved in it… Downcast, our hero has no ideas on what route to take when, in the middle of the night, Chuang Lai attacks the city with his Boxer army...