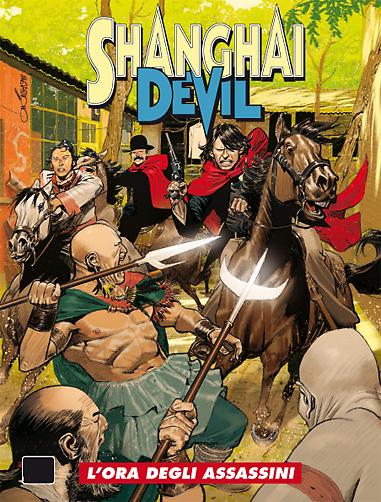 Introduction: Where we learn how the thirst for justice can become a need for revenge...

A mysterious commando is spreading death in the Boxers’ rearguard, ruthlessly killing innocent bystanders. Ugo, Risto, Ha Ojie and Tai Mien, with his Blue Lanterns, track down the killers who fled without leaving many clues behind themselves. One clue lead to Taku, but Tai Mien wants to go to Peking as soon as possible. Before parting ways with Ugo, he reveals his secret identity to the Italian. Arriving in Taku, Ugo learns from a shady Chinese trafficker that the commando is formed by German soldiers. Though he has many doubts about that, Ugo follows the commando, with the help of Lieutenant Knox and his squad of British gunners. Along the way, though, Chuang Lai’s boxers are waiting...