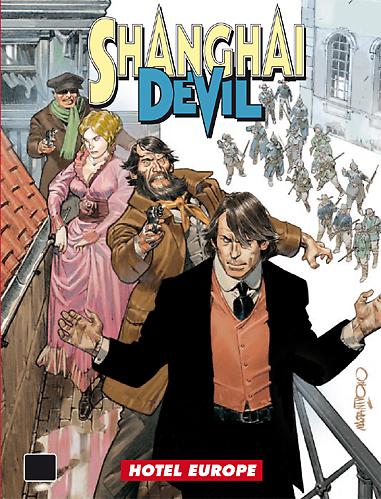 Introduction: Where we learn how difficult it is to tell friends from enemies...

Hotel Europe in Tientsin is the meeting point for Western wheeler-dealers and spies. Ugo gets there to join his father, but the old man is not in the hotel. Ugo doesn’t have time to think about this, because he’s taken as a hostage by to Australian arms dealer who are hunted by German soldiers. Along with him, a woman is abducted: it’s a friend of his father’s, the attractive Lady Jane Stanton, who will soon reveal she’s really not a helpless damsel...