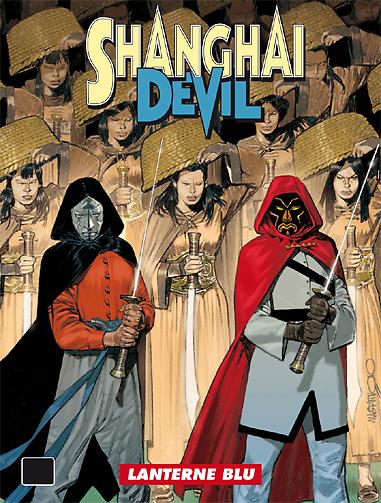 Introduction: Where we learn about all-female secret societies, and the new feats of Shanghai Devil and Tai-Men...

Back in Shanghai, Ugo isn’t able to prevent Meifong and her sister to be kidnapped by the slave traders. Along with other young Chinese women, the two girls were forced to board an American ship. Wearing the mask of Shanghai Devil, Ugo goes to the harbour, determined to free them. But at clutch time, he finds out he’s not alone: the mysterious masked warrior, Tai-Mien, also decided to attack the ship, leading a handful of female warriors.