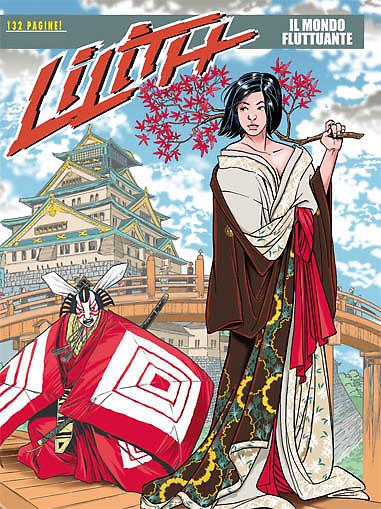 Introduction: Lilith wakes up, after more than a century, and once again the hunt for the triacanth is on!

Japan, second half of the 18th century. We are in Dystopia. The Tokugawas lost the all-important battle of Sekigahara and the country is ruled by the Toyotomis that, instead of closing the island to the outside world, began an era of aggressiva colonial expansion. After lying in narcolepsy for more than 150 years, and being honored in the Temple of the uncorrupted girl, a pilgrimage place for all the country, Lilith goes back on the tracks of the triacanth. Her pursue will bring the girl to the new Japanese capital city, Osaka, where she'll enter the "floating world" of the plasure areas, with tea-houses and theaters, crowded by kabuki actors, street painters, refined prostitutes and giant sumo wrestlers.