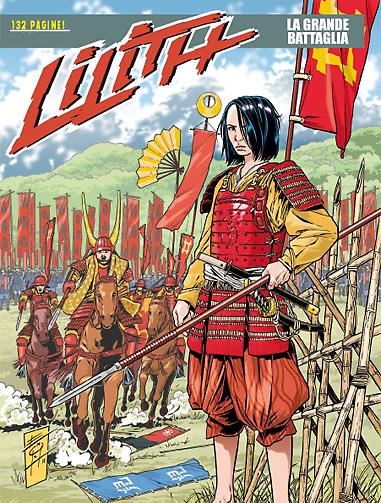 Introduction: Lilith goes to ancient Japan, at the peak of the war for the control of the country!


Lilith goes to Japan, at the beginning of the 17th century, during the peak of the sengoku Jidai, the “time of the country at war”, when the warlords of the nation had a bloody clash for the control of the country. The plain of Sekigahara will be the theater of the key battle between the factions loyal to the heir of Toyotomi Hideyoshi, who unified Japan, and Tokugawa Ieyasu, the all-powerful daymio of the rich province of Kanto, who aims to seize the power. Lilith’s target is a general of Toyotomi’s faction who, during the fight, will take sides with Tokugawa, determining the result of the war. Joining Lilith in her hunt will be the young Miyamoto Musashi, reckless 16-year old looking for glory. Lilith’s actions will change the futuro of the young man, and of the entire Japan.