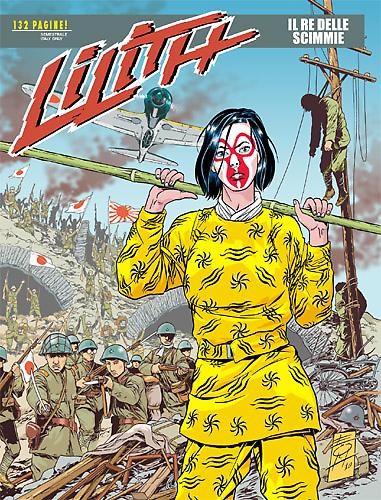 Introduction: The hunt for the spyromorph takes Lilith among the people of Nanjing, a city in the grip of terror!

At the end of 1937, during the Second Sino-Japanese War, the Japanese forces conquer Nanjing, at the time China’s capital city — it’s the beginning of a period of terror that will be several months long. Lilith joins the small but pugnacious Western community of the city to track down the unknown carrier of the spyromorph. To accomplish her mission, the girl will don the clothes of Sun Wukong, the charming monkey king, hero of a famous folk saga.