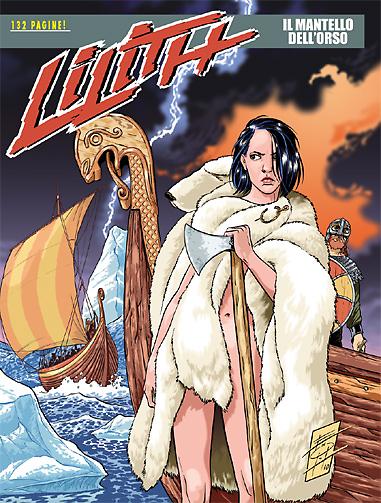 Introduction: From Greenland's frozen lands to the limit of the New World, following the son of Erik the Red!


Lilith begins her hunt in the frozen lands of Greenland where, at the end of the XI century, Erik the Red founded an Icelandic settlement. Lilith finds at once her target, but when he flees the girl is forced to a long and dangerous navigation towards the American coast, called by Normans as Helluland, Markland and Vinland, the sweet southern land where the wild grape spontaneously grows. Lilith will sail besides the heroes of the most famous Nordic sagas, people like Leifr the Lucky, Erik’s son, the first European to set foot in the New World, and will meet the Skraeling, the Native American, moving farther south until she’ll reach the “heart of darkness” where the fugitive took refuge with his companions.