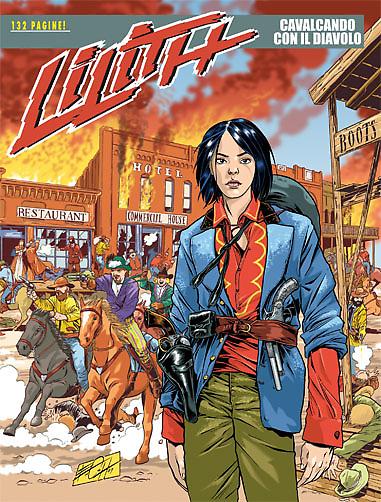 Introduction: The triacanth sought by Lilith is hiding among the Confederates led by the ruthless William Quantrill!


Lilith awakes drifting in the waters of the Mississippi River, in the midst of the American Civil War. Following the Triacanth traces, she sails upriver to reach a border area between Missouri, a secessionist state, and the abolitionist Kansas. This “bloody line” is roamed by the irregular Confederate bands, who fight a fierce guerrilla warfare against the Union’s regular troops. Lilith must find the “carrier” among the men of William Quantrill, leader of one of the most infamous gangs of Confederate “rebels”. Along her hunt, Lilith will cross paths with legendary characters such as Bloody Bill Anderson and brothers Frank and Jesse James...