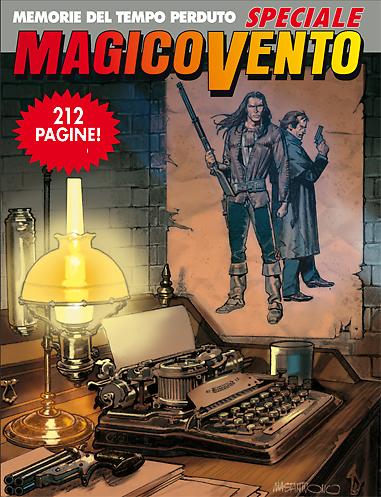 Introduction: Surprises are not finished yet: 212 pages to tell three unpublished stories of Magico Vento!


Did we really know everything about Ned and Poe’s adventures? Or there’s still some dark corner? These are the question of a young Chicagoan reporter who goes to visit Poe, now retired and living in utter isolation. The old adventure companion of White Medicine Man plays a little bit hard to get, and then tells three new stories. The first appears to be completely farfetched, the second is only about himself, and Ned has no place in it, and the last one truly is the last, since Poe begins telling what happened to his friend and his partner Estrella, after the end of Magico Vento’s mission. Did they really live “happily ever after”, or did fate drag them towards new adventures?