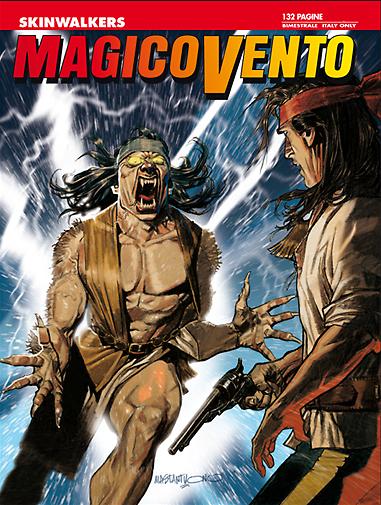 Introduction: Ned must face the terrible Naagloshii, Navajo sorcerers who are able to turn into blood-thirsty creatures!

Supernatural killings, Apaches and “blue jackets” fighting against each other and against a sect of Skinwalkers, the evil Navajo sorcerers who’re able to transform into beastly and blood-thirsty monsters, who ruthlessly go after men! Magico Vento is forced to use his powers once again, to solve one of the most intricate and risky cases he has ever had to face.