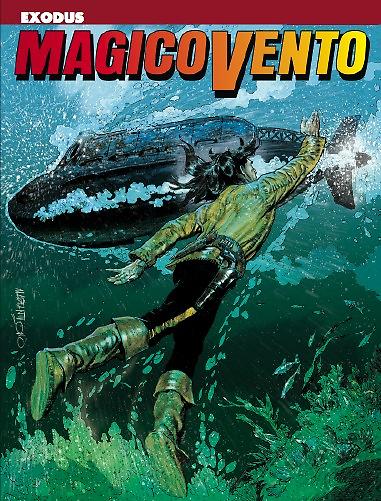 Introduction: While he's hunting Hogan, Magico Vento clashes with the racist bands that are covering Mississippi with blood!

Ned, Poe, Henry and Little Boy are chasing Hogan, who's fleeing on the Mississippi River using a fluvial submarine. While stopping to rest, they face the murder of a lady, an advocate for Black rights. The former slaves are leaving the South, hoping to find a better life in Kansas, but their masters are determined not to let them go. Racist "posses" hunt the fugitives, while along the river road blocks have been created. Those who sympathize for the cause of Black emancipation are threatened or killed. With such a tense and alarming situation, enemies are everywhere, and the hunt for Hogan could be hopeless…