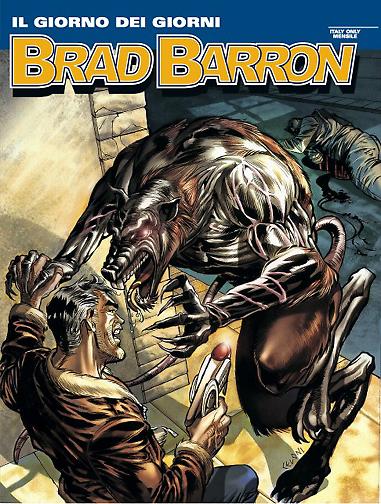 Introduction: The final battle between the terrestrial forces and the alien Morbs is about to begin! Who will snatch victory from the jaws of defeat?

The terrestrial military forces, equipped with powerful new weapons, confront the Morb army in a colossal and spectacular battle, amid the rubble of New York. And meanwhile Lt. Brad Barron is waging his own private battle to worm his way into the alien mother-spacecraft and set his wife and daughter free. Without knowing that Unico, the powerful and monstrous creature that heads up the Morbs, is lying In wait for Brad, to launch a final and deadly showdown…