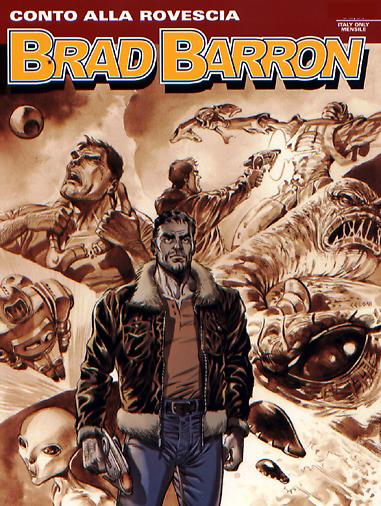 Introduction: This is the beginning of a trilogy of stories that will mark the epilogue of the miniseries devoted to Brad Barron!

It looks as though everything is going to end where it began: in Manhattan that has been conquered and razed to the ground by the Morbs. Because, you see, it's none other than them, the aliens, who have a message delivered to Brad. If he wants to find his wife and daughter again, after losing them on the day of the invasion and searching for them high and low along the highways of the United States, he's going to have to return to the place he fled from. Well, this might be just a hoax, a trap. But Brad decides to run the risk, to seize hold of the shred of hope…