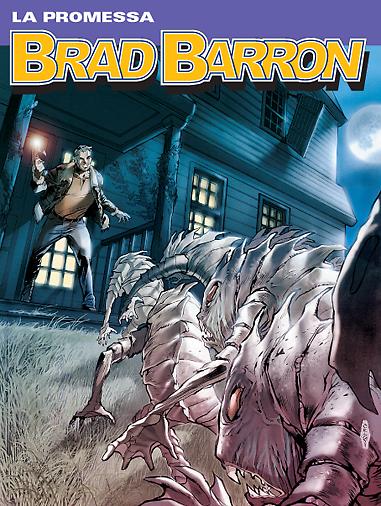 Introduction: A journey through painful memories of the time when Brad was known as Number 9

During the days when he was a prisoner of the Morbs, Brad Barron had met other human beings like himself, forced to fight and struggle in order to survive the cruel tests they were subjected to by the extraterrestrial scientists. He struck up a friendship with one of these guinea-pig men, and this gave rise to a promise that Brad now intends to keep. To be true to his promise he has to make his way to a small house by a lake, where he will be confronted by an immense store of painful memories… but also by a terrible new alien threat, which will entrap him in a desperate siege!