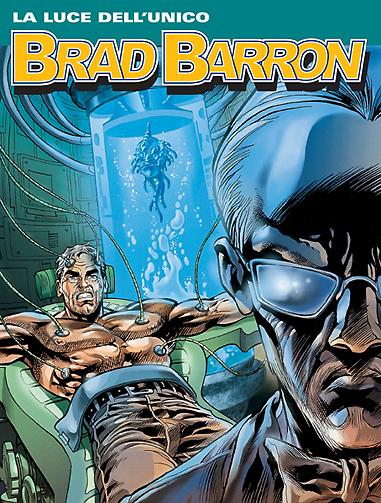 Introduction: A city in a time warp, a strange young guy whos really afraid and a terrible creature hidden below ground!

In a small city, time seems to have stood still, crystallized. No sign of the passages of the Morbs, the aliens that have conquered the world, destroying civilization and inflicting cataclysmic consequences on the terrestrial habitat. But, above all, there is no trace of the people who used to live in the city. All of them appear to have vanished into thin air. All of them, that is, except a young guy, who is alone and scared and suffering from evident signs of psychological derangement… It’s like this until the arrival, one day, of Brad Barron, a lone rider who’s fleeing across post-invasion America: together with his new-found young ally Brad will find the solution to the mystery of the ghost town in an old mine. Because now, down in the bowels of the earth there lives a powerful creature, an evil thing, a devourer of souls…