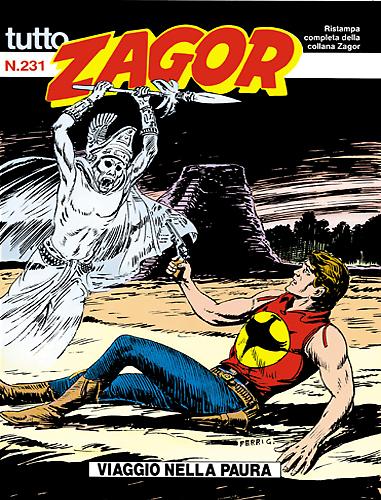 Attacked by Cut Face’s Indian marauders, Zagor and Chico receive the help of Lord Beau Whyndam, a noble Englishman who has bet that he will be able to cross the United States, from coast to coast, in just one hundred days. Our heroes agree to be his guide but, near a funerary tomb, they run into terrifying presences...

In this issue: The cover story begins on page 17. The story entitled “Il volto del nemico ", which began in issue 229, ends on page 16. 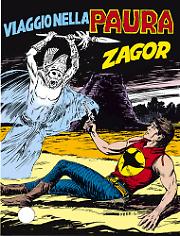