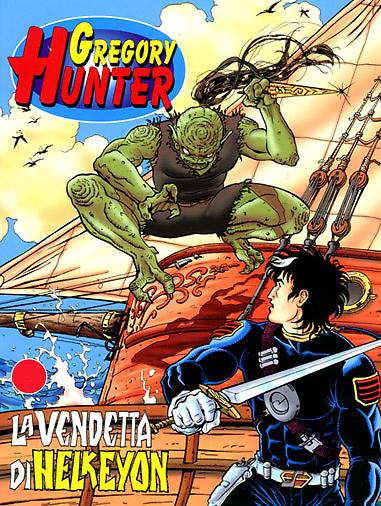 The strange community that lives on the planet Abraxas reveals its true origins… and the clash between two factions takes on dramatic tones, while Gregory Hunter finds himself having to confront an enemy who comes from his own past. Amid battles at sea, hot pursuits and unexpected developments, the adventure unfolds and builds up to a staggering finale that will once again take Gregory to a tavern on Terminus, the central point of the galaxy, where he will meet – possibly for the very last time – the mysterious Wandering Monk…